With the Viper 640 World Championship coming to the LBC it seems everyone is catching the fever.  More & more boats are being delivered and the competition is heating up.

Team Loco X is back on the West Coast after Miami Race Week, and we participated in our first event here as a team.  Owner, Ed Feo, myself (Keith Magnussen) and Phil Toth have been training hard and working on the intricacies of Viper sailing since February.  It takes some time for a team to establish themselves and gel together, so this regatta was going to be a good benchmark of the progress.

I have been working closely with Bruce Hollis of Ullman Sails Australia on the designs, and it has been a great learning experience as we developed our plan.  Our latest jib is proving to be extremely quick and has given us a new gear on the race course.  This is obviously essential when sailing in a tight one design fleet.

The combination of practice and sail development has been critical in moving forward and becoming competitive.

Cabrillo Beach yacht Club hosted a fine event and the competition was tight.  Some of the fastest Viper’s on the West Coast showed up so we were interested in seeing how we lined up.  Our good friends on Boomslang were in the mix, and after they beat us in Miami we were looking to get one up on them here.  Geoff Fargo (owner) is the West Coast Prez and a super good guy so the friendly competition makes the sailing even more fun.

Day one was sailed in moderate breeze with some moments of fun as the puffs increased throughout the day.  We had a great day, winning two of the four races and improving as the wind built.  We made some adjustments to the rig on the final race and found an extra gear!  our boat-speed was phenomenal and it made the racing a bit easier as we were able to control the fleet for the race.  The other big moment was in race two when we changed gears into a planing mode as the other boats stayed in “VMG.”  We passed the lead boat and put at least 7 boat lengths between us in the last 1/4 of the leg.  It is vital to understand when to shift gears downwind.

We headed into day 2 with a two point lead over second place.  The top three boats were close and the racing was tight.  our big moment came in Race 5 when our spinnaker halyard’s cover stripped off.  It happened at the moment we tried to roll the lead boat.  We re hoisted the spinnaker and used a horn cleat to hold it up.  This required some extra time at mark rounding’s and cost us precious boat lengths.  That being said, Nice ASP (the eventual winner) sailed a fantastic day two and showed that time in the boat is the most important factor.  They have a great downwind mode and rarely make a mistake upwind. Well sailed guys!

Thanks again to the Loco X team and all the sailors. Special thanks to Tim Carter for his continued support in the Viper 640 fleet.

Thank you to Volker Corell for the great photography! 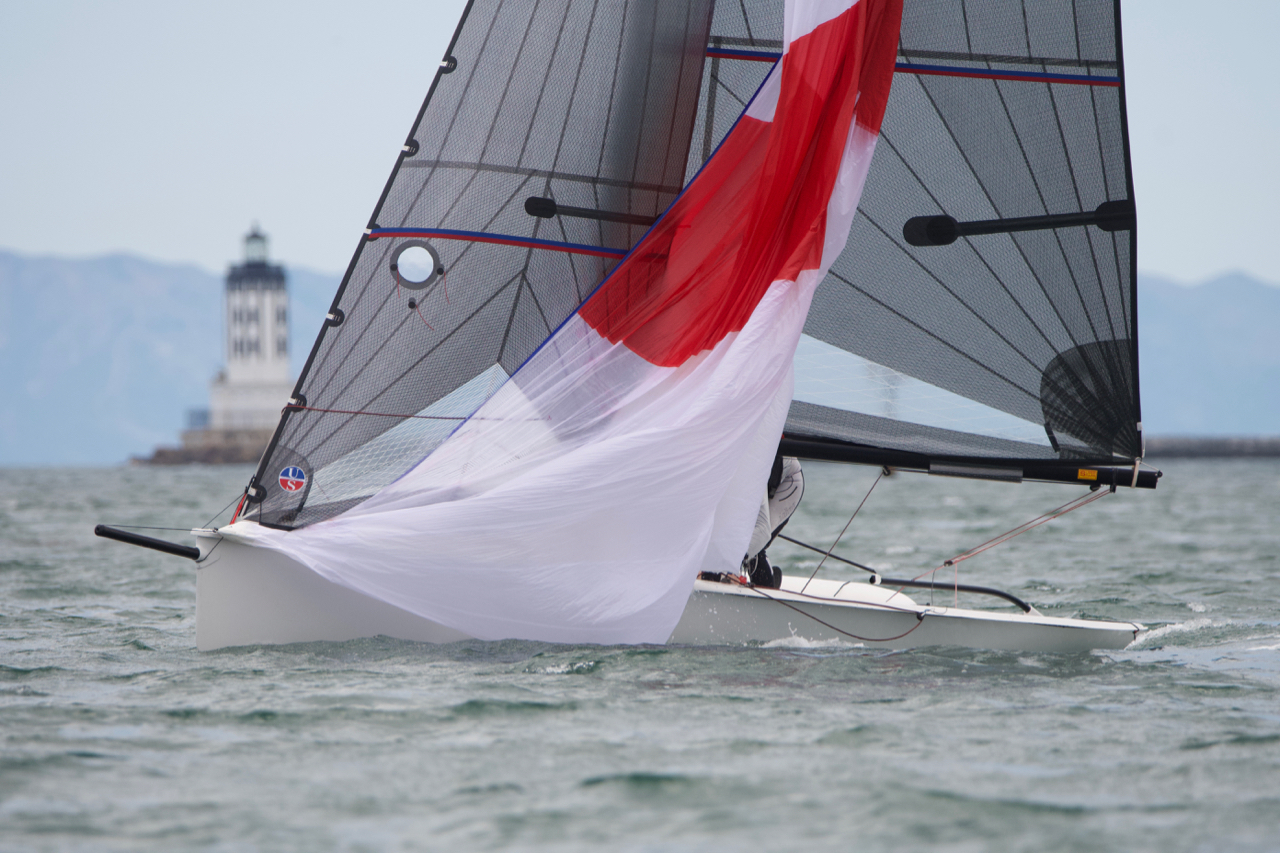 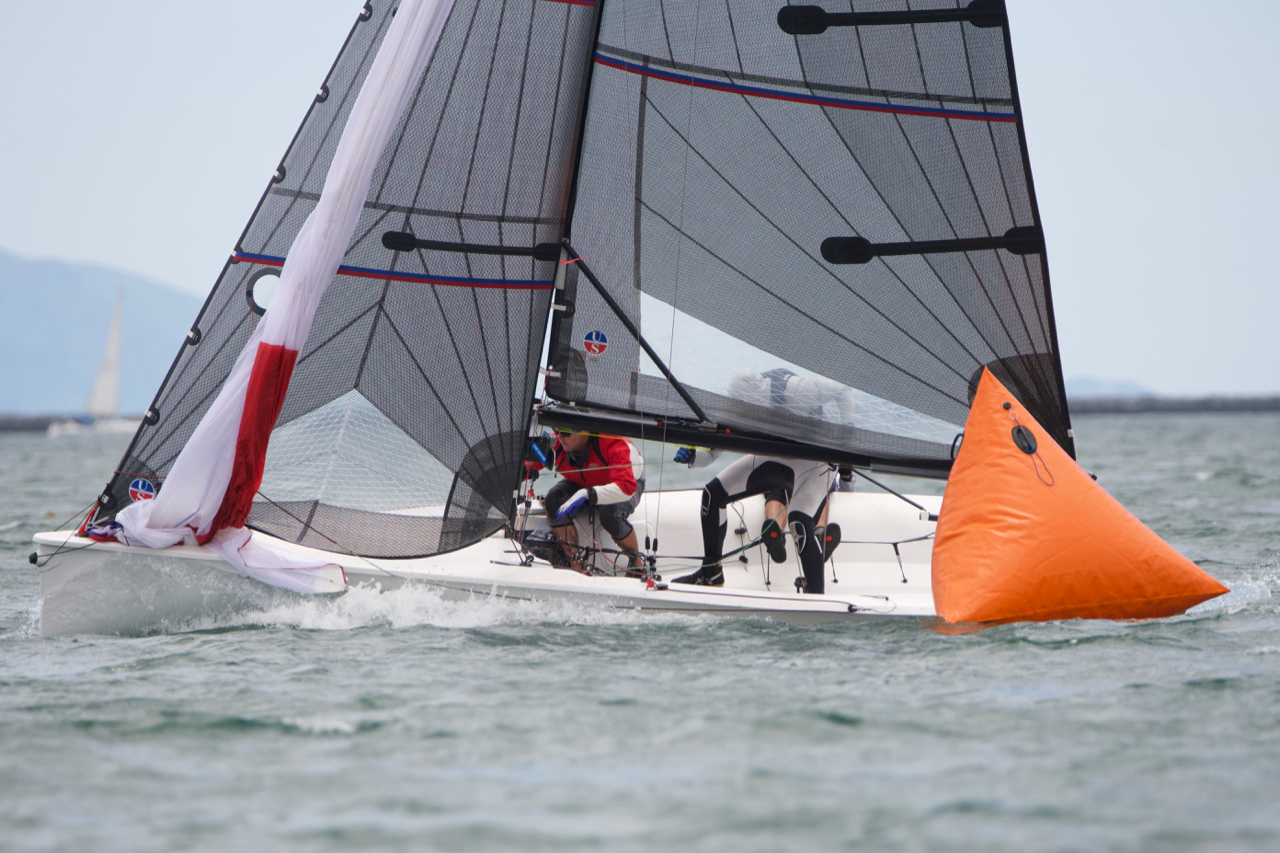 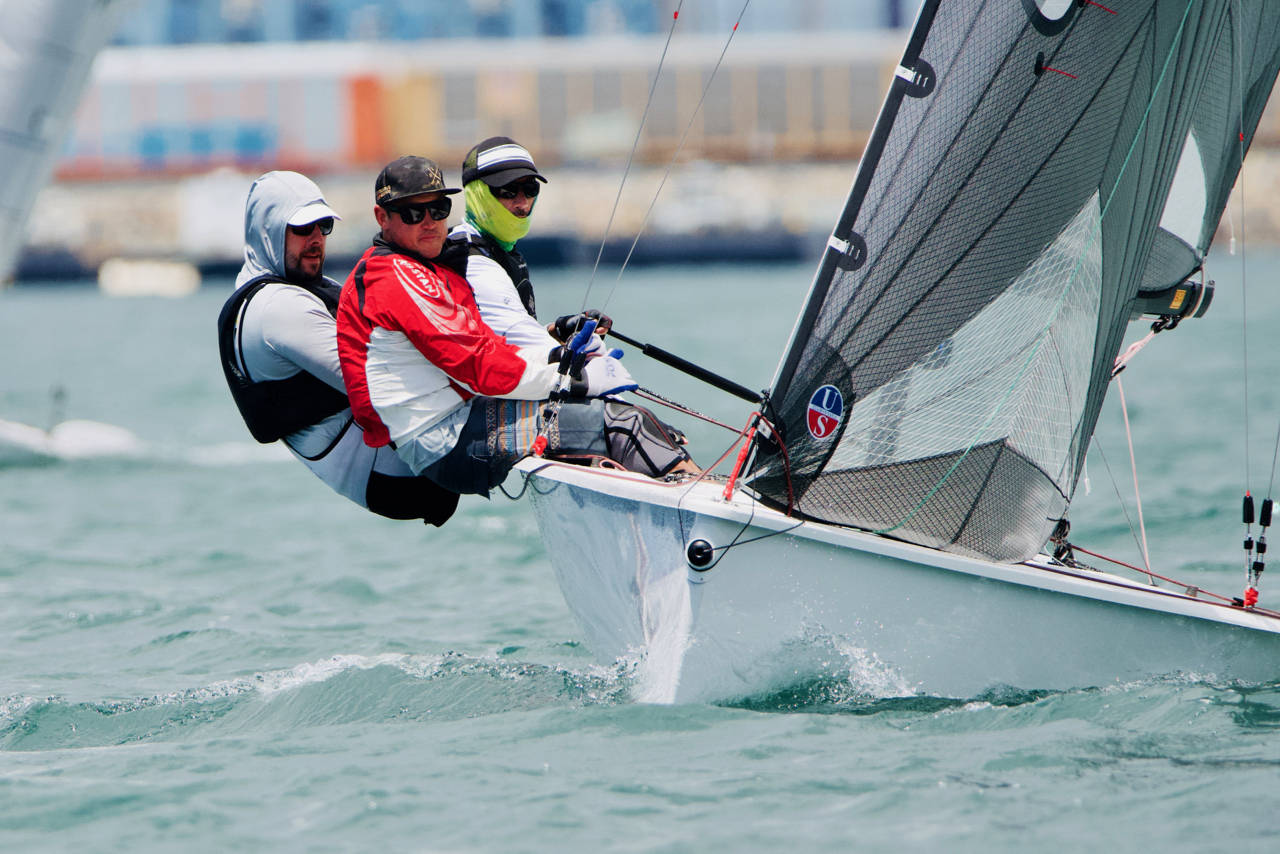 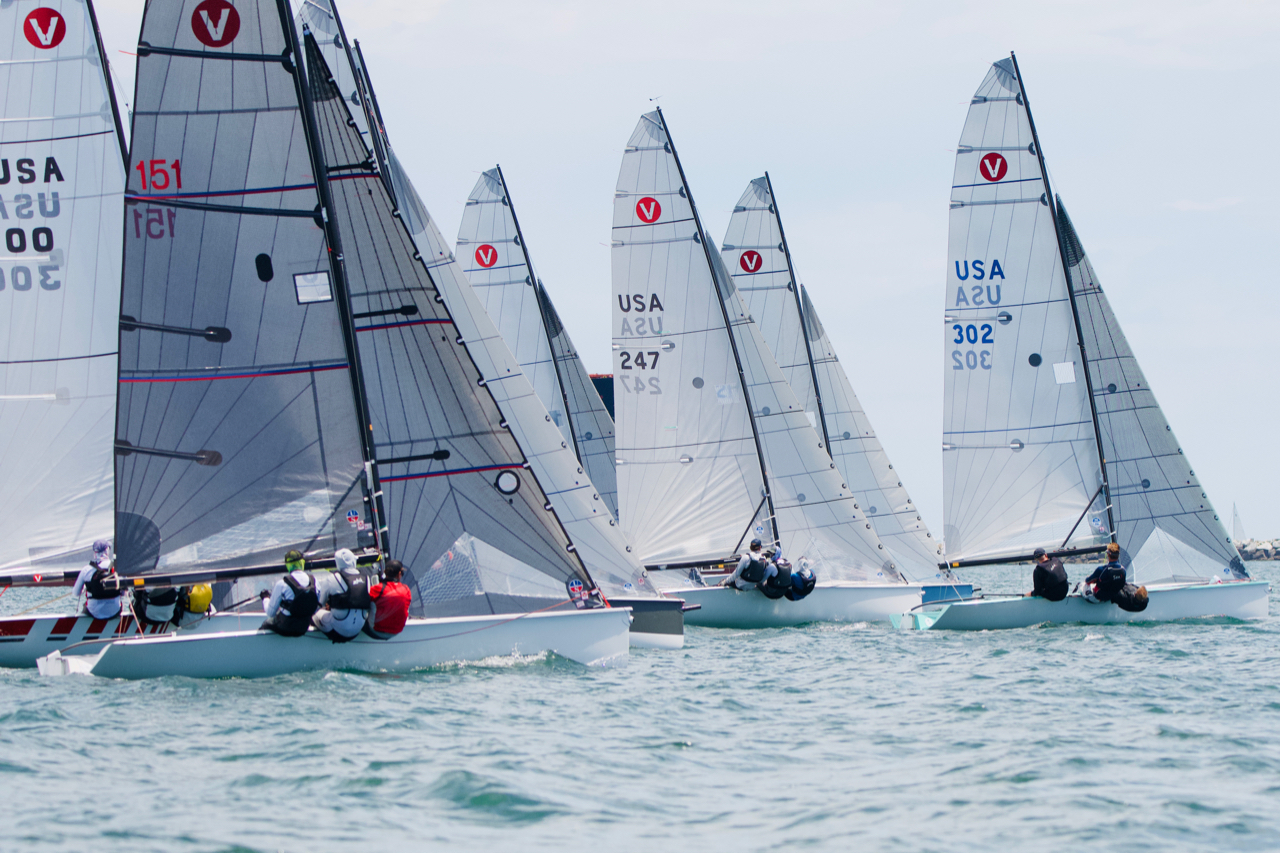 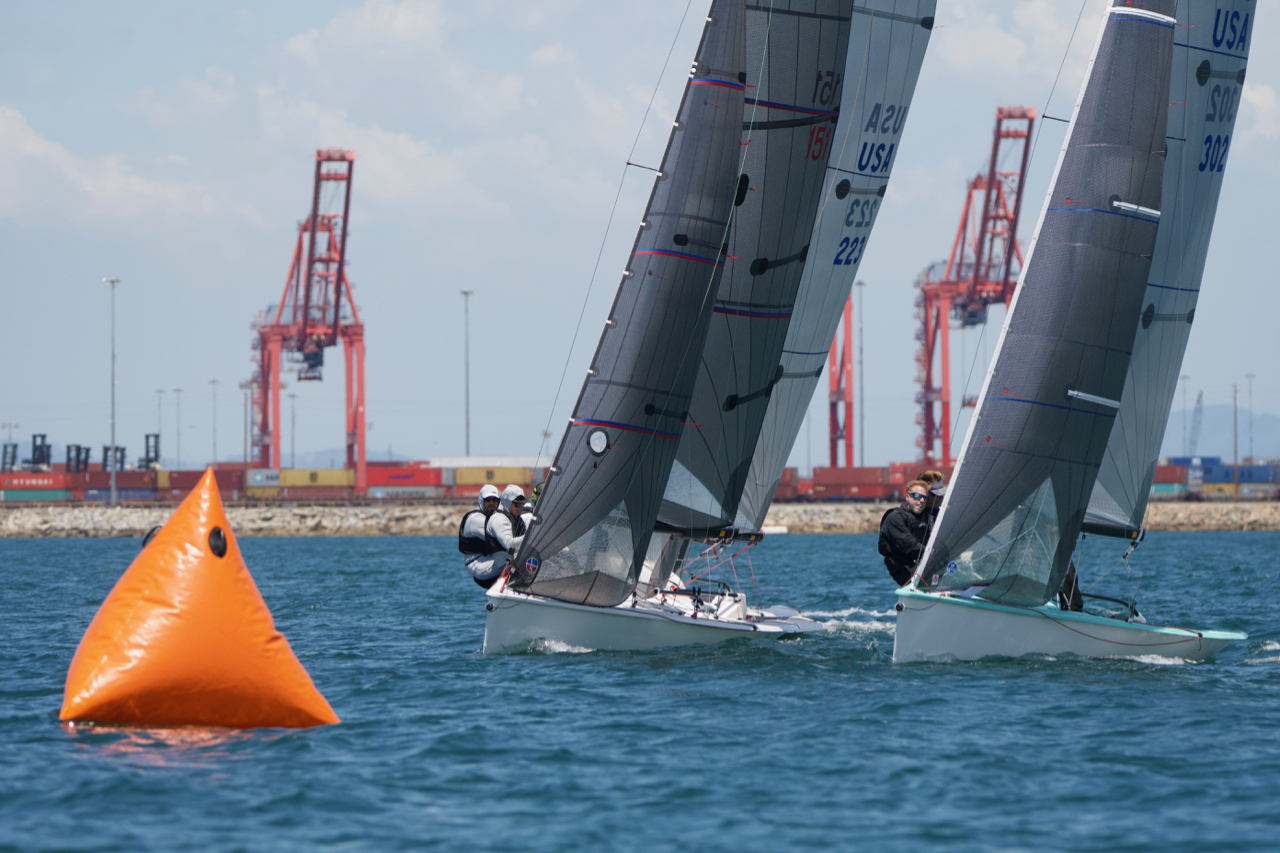 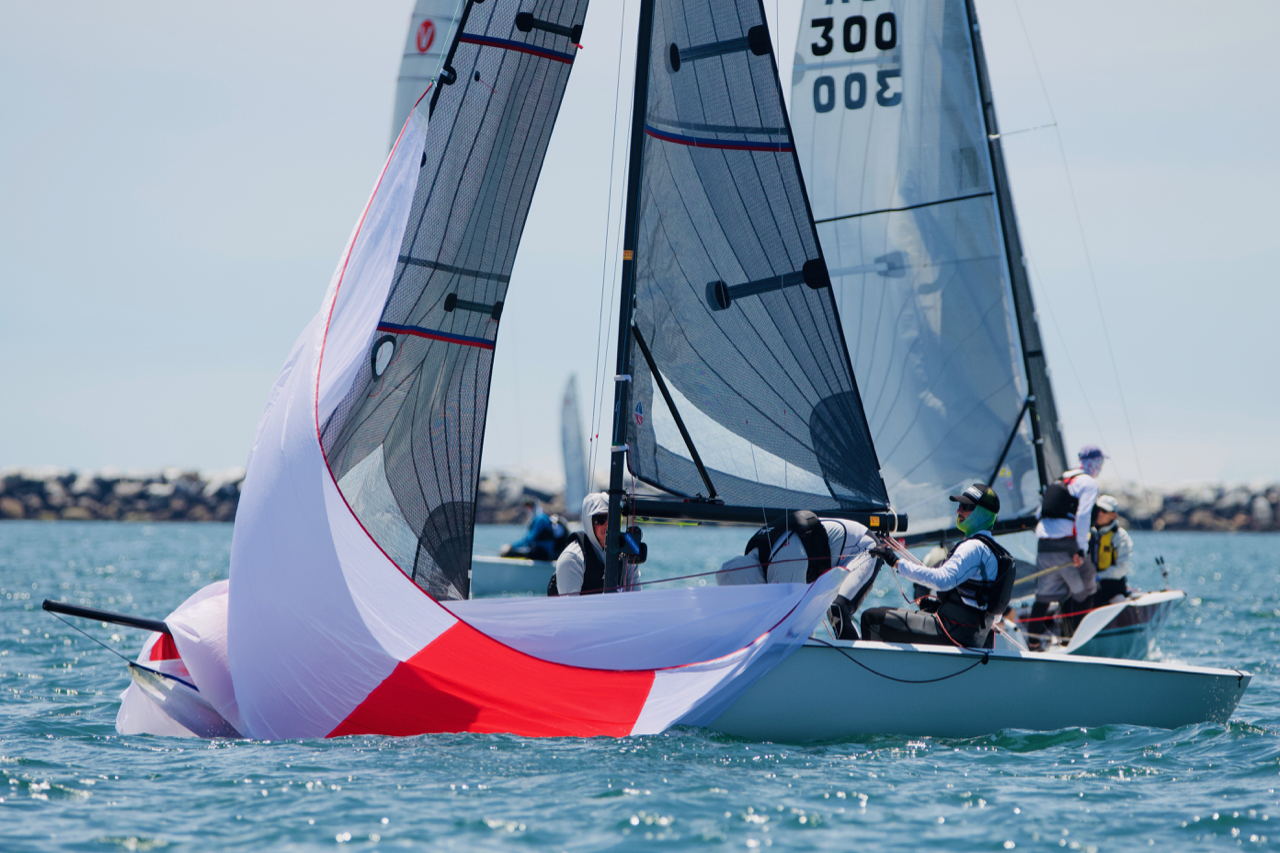