24 Boats started and 16 boats finished what was another fresh Inverted Start Race a CBYC.

A marine layer morning cleared to a full seabreeze for what felt like a great summer day.  Winds built to 23 knots though the race was breeze on from the start.  Perfect Cal 20 conditions saw the one design fleet fill the leaderboard behind the 1st place International 14 which won by a large margin.  Finishing Cal 20’s took up all the places from 2nd to 7th in what was an awesome race for the fleet.  The short tack battle up the breakwater in the substantial swell and heavy breeze might have been the highlight of the event. 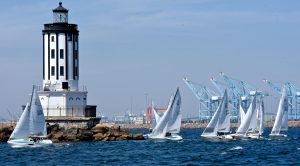 Cal 20’s and Mercury at the light.

John Stapleton skippered his 20 the Kraken to a win in the fleet.  John is relatively new to competitive sailing (compared to some of the veterans at his heels) and largely became involved as a side effect of supporting his son Noah’s sailing.  Dad used to crew for Noah on Wednesdays, but might’ve just earned the skipper spot!?

Check out our update on Cal 20 Sails. 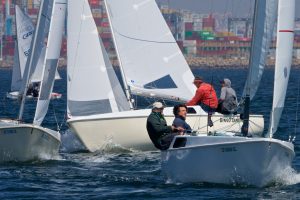 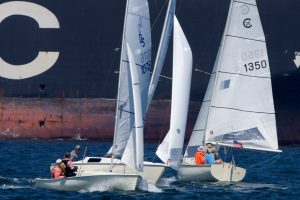 Among the DNF’s were the capsized daysailer and the Cal 20 who stopped to help.  It was full on fresh breeze surfing downwind into the reach mark and suddenly the DaySailer team found themselves in a new situation, upside down!  There was a bit of a failure with the flotation tanks, it’s a beautiful clean old boat and while they can capsize it’s usually “not on their radar”.  It was a challenging situation, in the end the boat made it back to the dock but the rig was a goner and the sails took a hiding.  Sunday saw the boat back on it’s trailer with little to no hull damage and a bit of a rebuild projects in the works.  An old mast section was lying around with Kenny Dair, being no stranger to broken rigs himself, of course had a near perfect DaySailer spare that was a little short for his Mercury.  A relatively quick full recovery is expected. 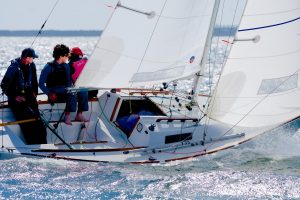 At the finish the J 109 and J 22 followed in after the Cal 20 fleet, just ahead of the big race boats the Farr 40’s, Reichel/Pugh 44 and the Farr 395.  Our Thompson 5.90 came in 14th of the 16 finishers.  We had an epic time and were stoked on the boats performance, being the hardest we’ve ever pushed so far.  We made it around the track with no major issues and probably had the most fun downwind.

The race seemed like a promising sign for the summer season.  CBYC Wet Wednesdays start this week and all the local teams are ready to go. 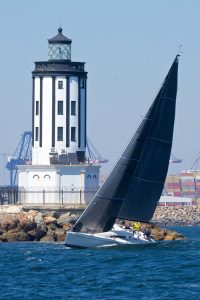 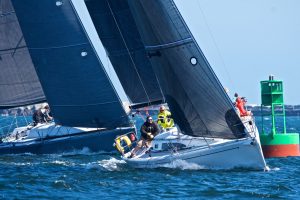 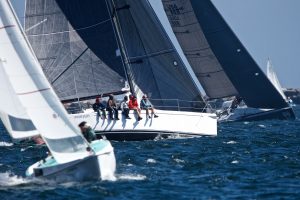 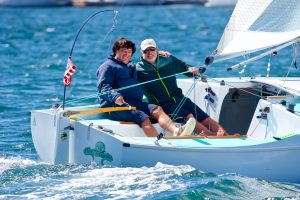 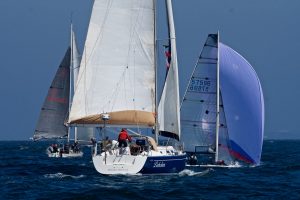