Ullman Sails One Design Coordinators Past and Present go 1,2 at Lido Class Championships

50 Lido teams showed up at Mission Bay Yacht Club for what was the largest Class Championship in a very long time with 50 boats competing for the Championship.  No surprise given the awesome venue and all the work the class officers put in to promote and pull off the event.  After qualification racing Friday the class was split into a 25 boat gold flight and a 25 boat silver flight.  Erik Shampain (long time Ullman One Design Coordinator from a few years back) handily won the qualification day with a string of three bullets.  Scores from the day are only used to split the fleets, then the gold and silver divisions showed up to a fresh start Saturday. 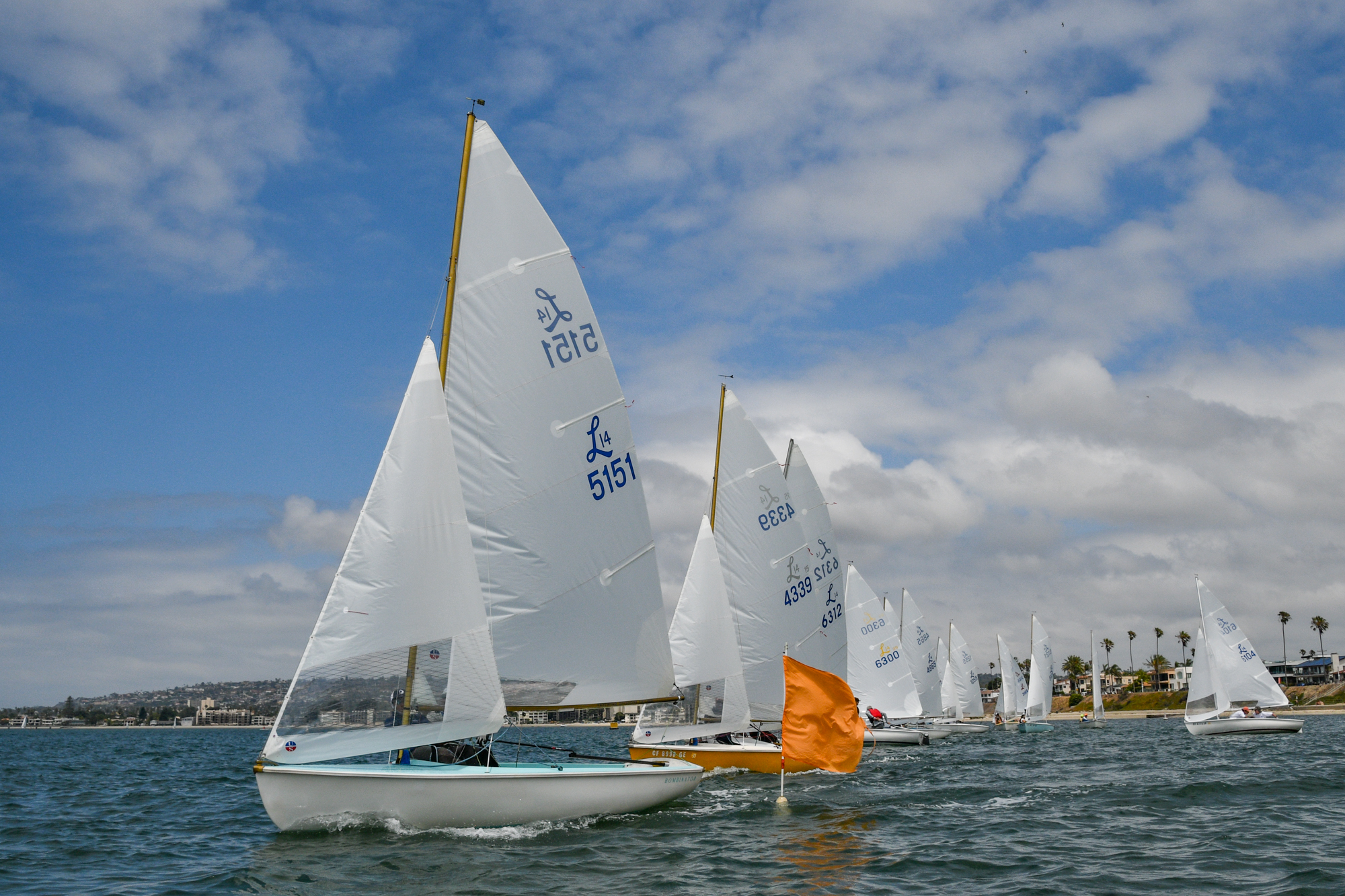 The first day of racing saw Erik continue his form winning 2 of 5 races to lead the event at the end of the day.  He was followed closely by Stu Robertson who also won two races on the day.  USNB’s current One Design Coordinator Greg Dair ended the day in 3rd a few points back with a consistent scoreline.  Then there was a big gap to Chris Raab in 4th who had two deep races one attributed to a course mix up.  The points made it pretty clear that there were only 3 people with a good shot at winning the event after day one.

The first race on day two (race 6) went Greg’s way with a second while Erik notched in his throwout and Stu also had a deep race.  Things tightened up quite a bit after that one.  Then Stu took the win in the next race (7) with Erik taking a 5th and Greg 7th.  Greg’s day one consistency paid off as he was able to throwout the seven and keep a 2,2,1 in the days other races. Erik then won the next race (8) to keep his slim lead going into the final race.  On the final race (9) Greg took his first race win to Erik’s 4th, it was just enough as it put him in the lead by 1 point, when he would’ve came off a tie break second best.

Kathy and Butch, class presidents, asked Greg to write up a few insights as to how they pulled it off.

Greg and crew Nick McCabe in 4794 with a healthy gap to leeward.

This was a very cool event for the Ullman Sails team.  It was great to have Erik checking back in with us for sails before the event.  He was quite involved in the process as we discussed small tweaks and changes.  We definitely made some improvements.  It was also cool to see Jeff Lenhart down competing after cutting everyone’s sails.  The loft was happy to see it’s sailmakers show up and prove that were still the brand of choice for anyone looking for the fastest Lido sails on the water.