The season sailing in Southern California is in full swing and the weather has been cooperating in a great way!  Dana Point Yacht Club hosted their second race of the year and I went sailing on the Sydney 38 “Spirit” owned by Chuck Bayless.  It is the start of a new era on a new boat for Chuck.  He moved on from his Henderson 30 towards the end of 2017 and is campaigning Spirit for the new year.

Starting on a new boat can be challenging and it is important to look at the big picture from the beginning.  Chuck outlined a plan for 2018 and is focusing on coastal racing with the Newport To Ensenada Race being one of the main highlights.   Part of the plan was to address the sail inventory and fill some gaps where needed.  After some discussion we decided on a 1A, 2A, Light Jib and a Code 0.  This will address a majority of the conditions we see in Southern California when coastal racing.

We started the day trying to do a little practice in some light conditions.  We hoisted the new Light Jib and got the leads set up.  The new jib looked fantastic!  The FiberPath Plus is proving to be a beautiful product and the sail came out smooth.  Below in the picture, the sail is a max trim.  Possibly even a little over trimmed as the middle (green) draft stripe is turning in a bit.  This would be a good setting if we were trying to make a mark or trying to pinch someone off. 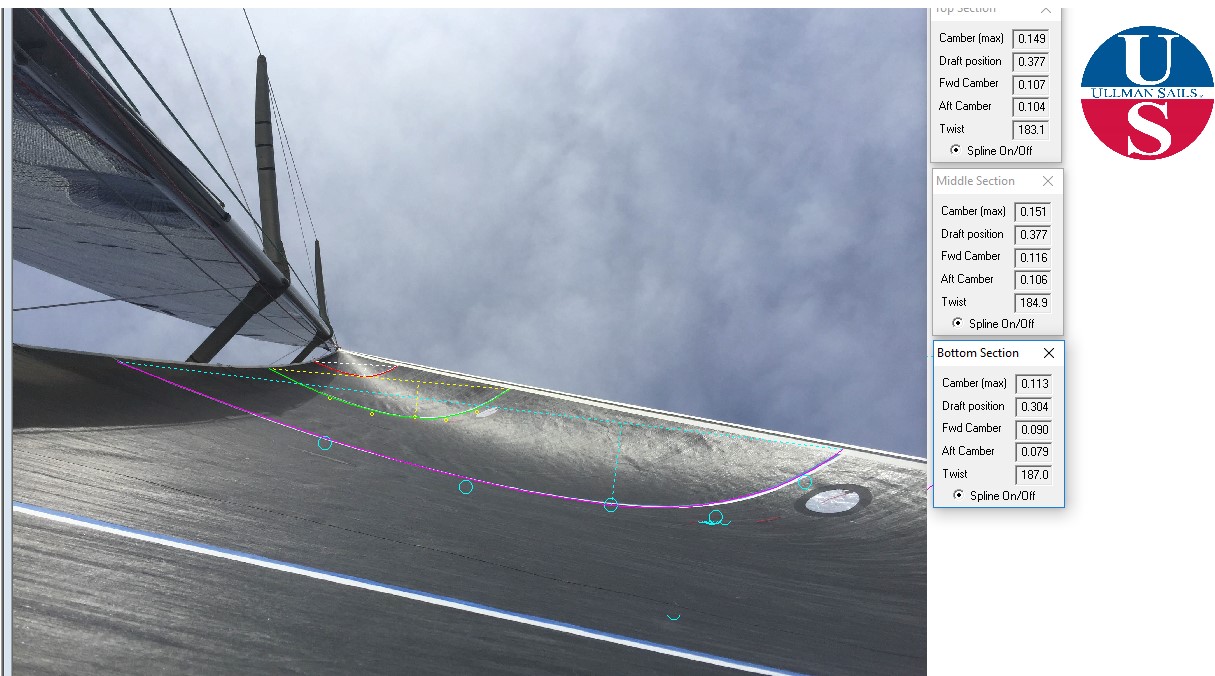 We encountered a bit of a delay as the race committee waited for the westerly breeze to fill in.  The wind filled in and the RC got things underway.  The race proved to be a tight one and our fleet (PHRF A) was compact and tight.  We had out ups-and-downs and even led the fleet at one point!  The Sydney 38 is a beautiful boat and we were thankful to get a bit of wind to push her along.

Here is a brief rundown of the race and what we took away:

In the end we had a great day in some beautiful conditions. We will need some more practice, and after the race we know what those practices should focus on.  Thank you to team Spirit for having me on the boat! 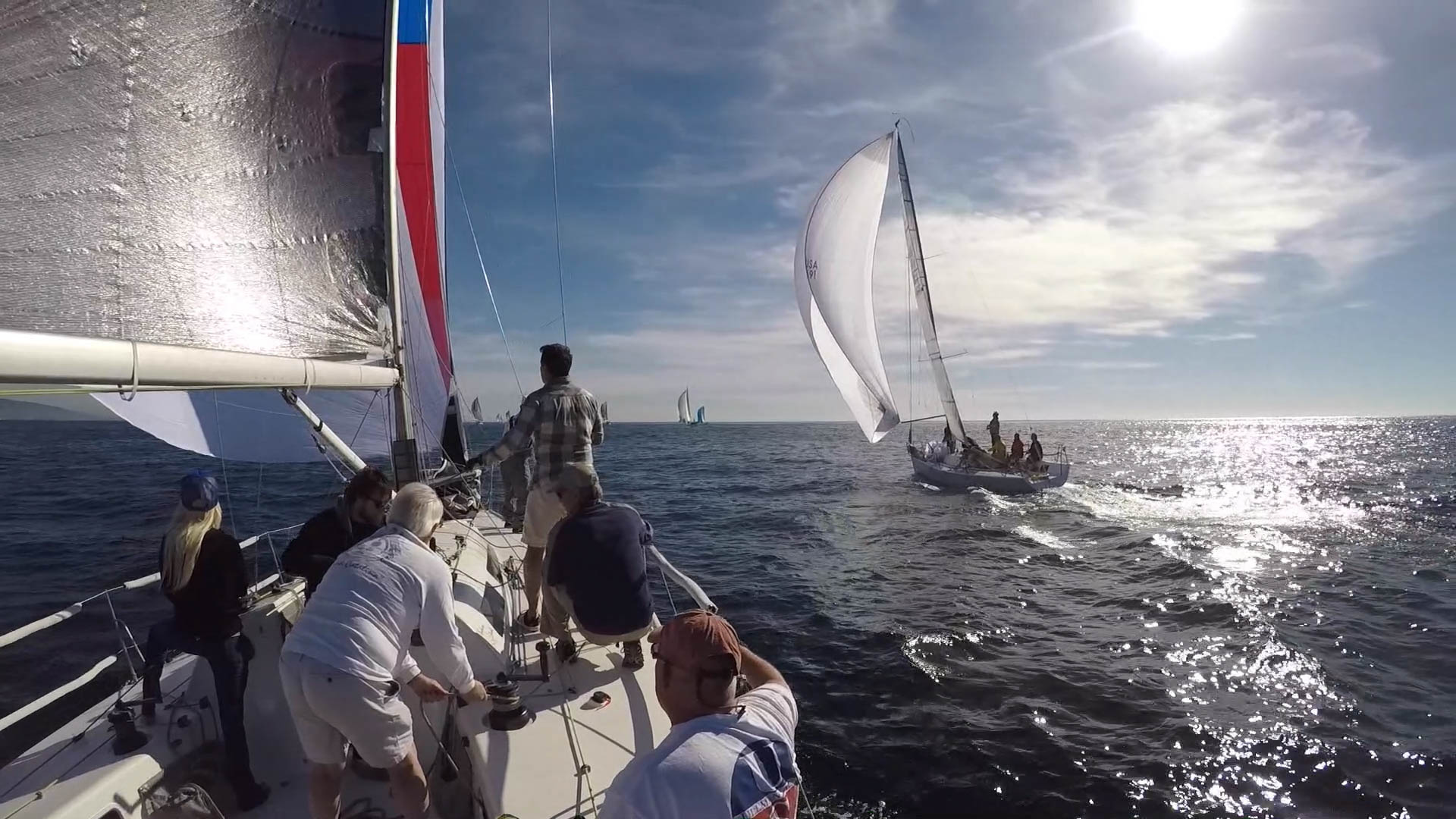 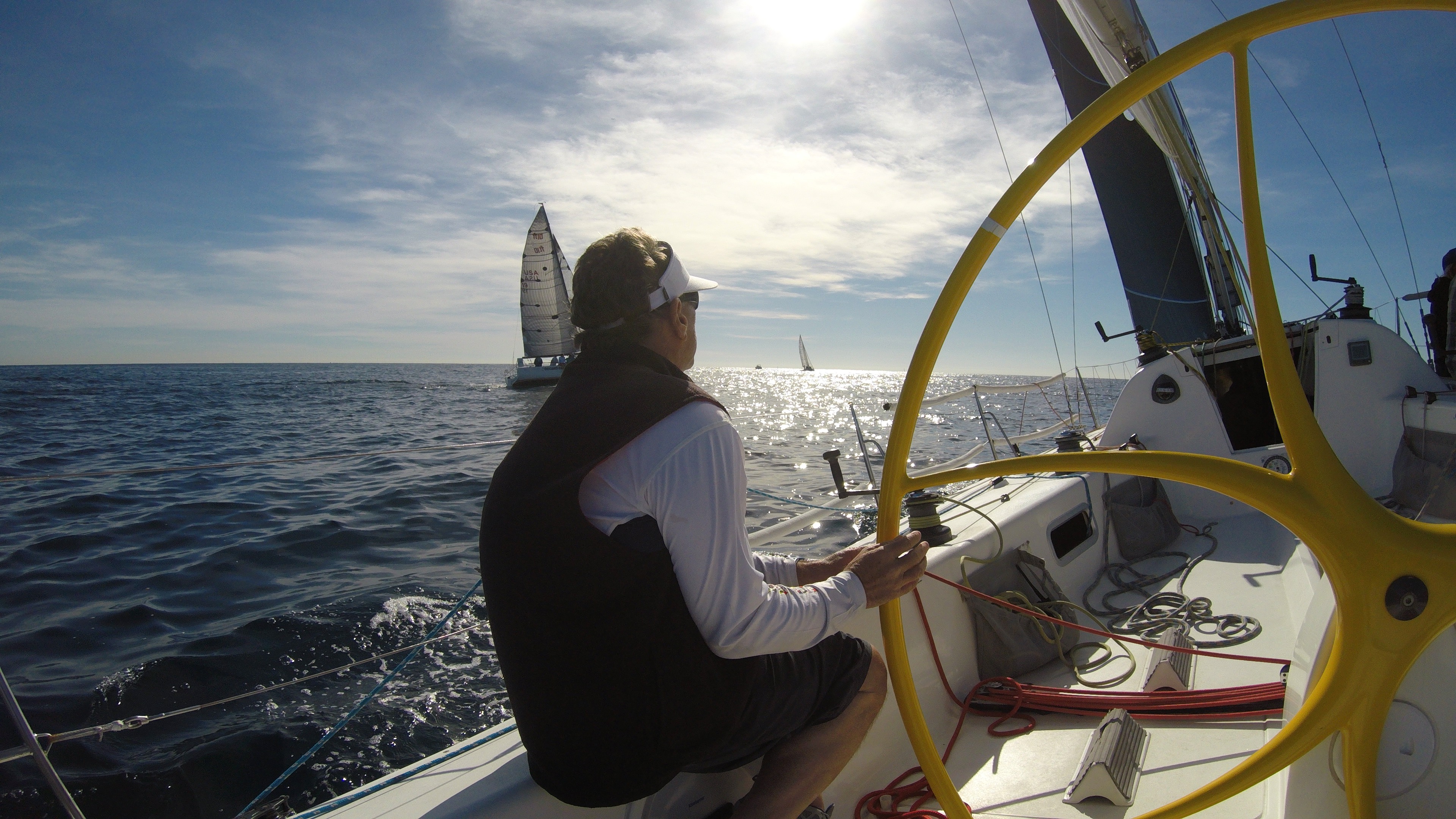 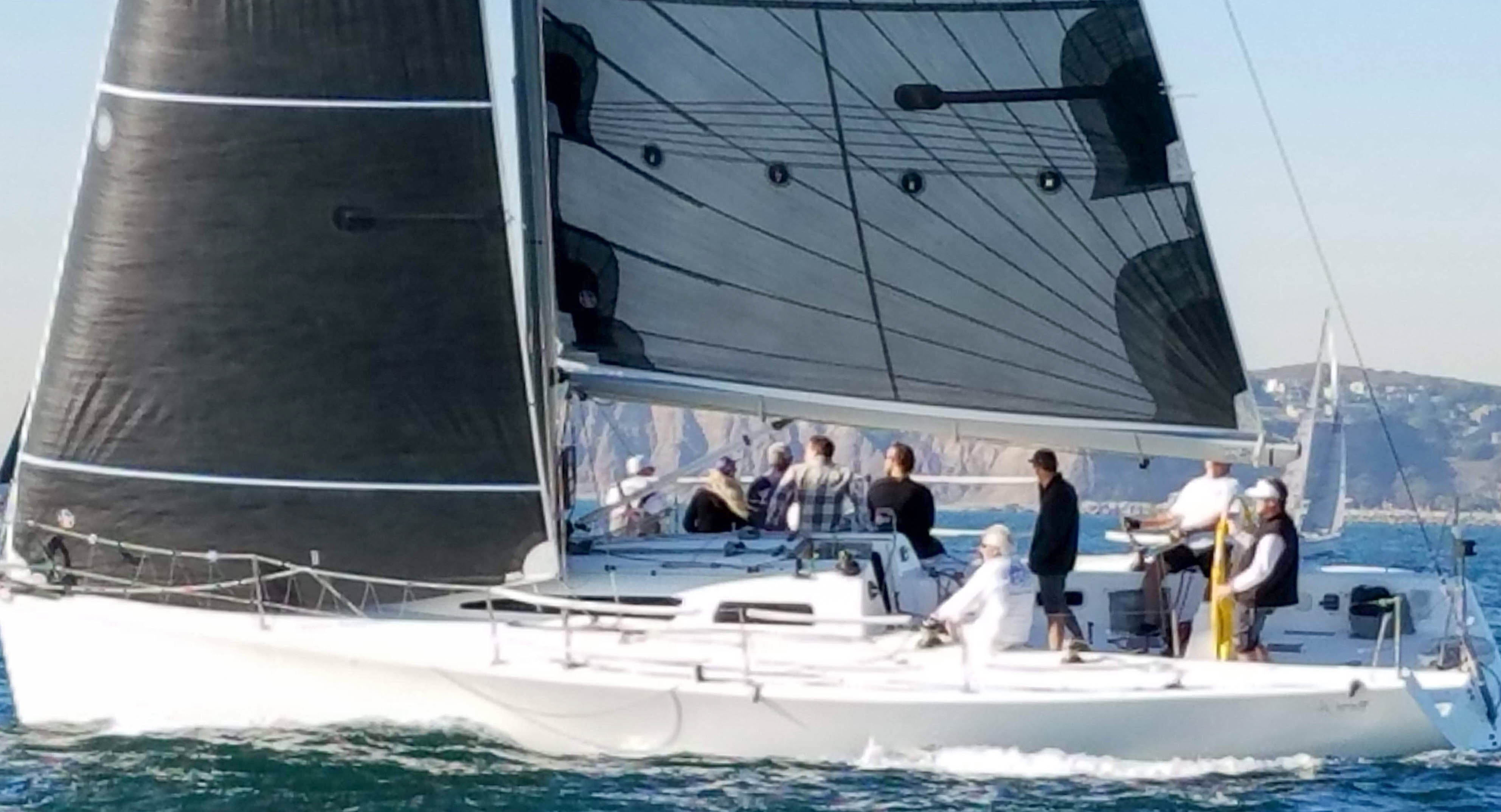 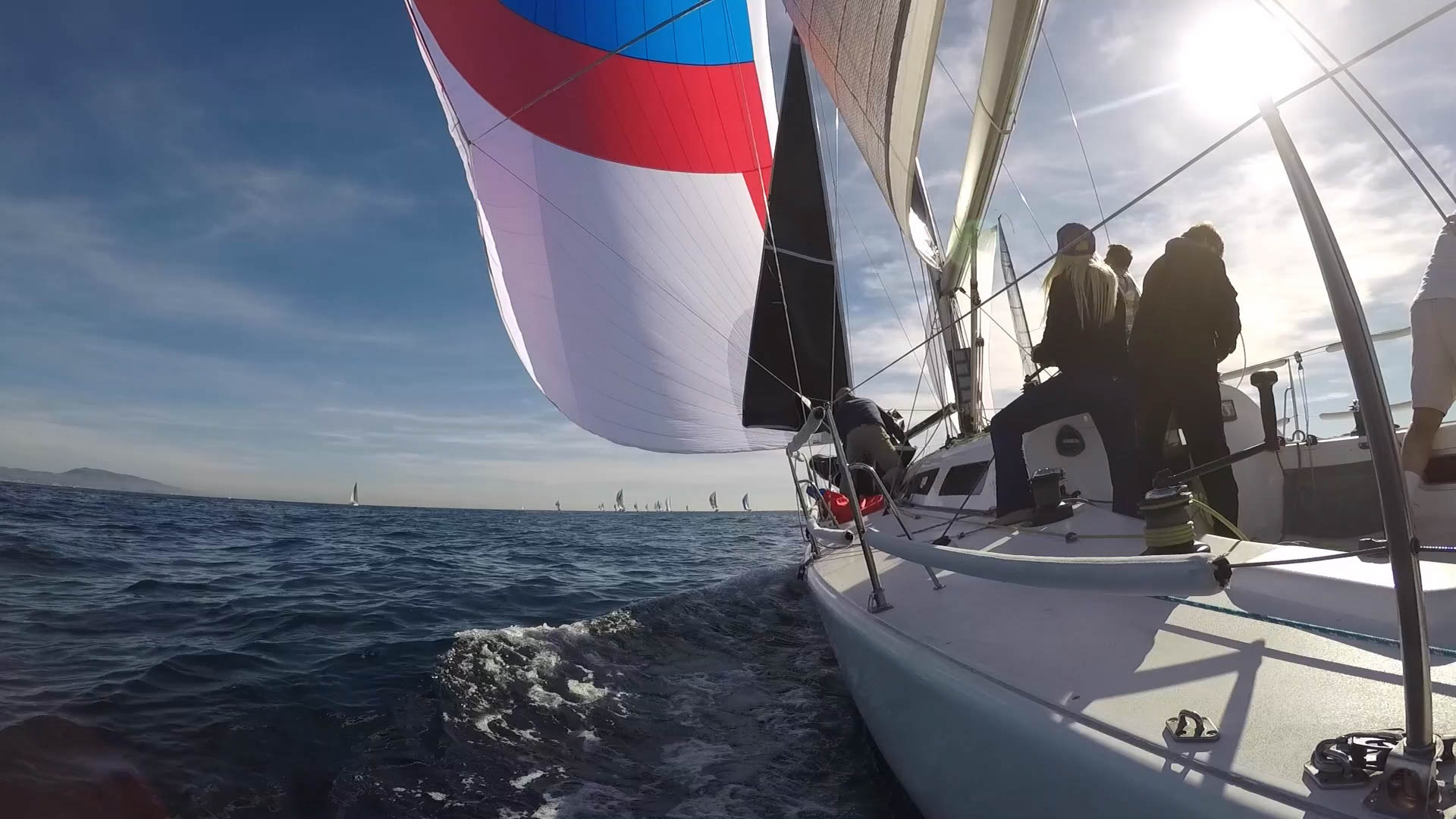 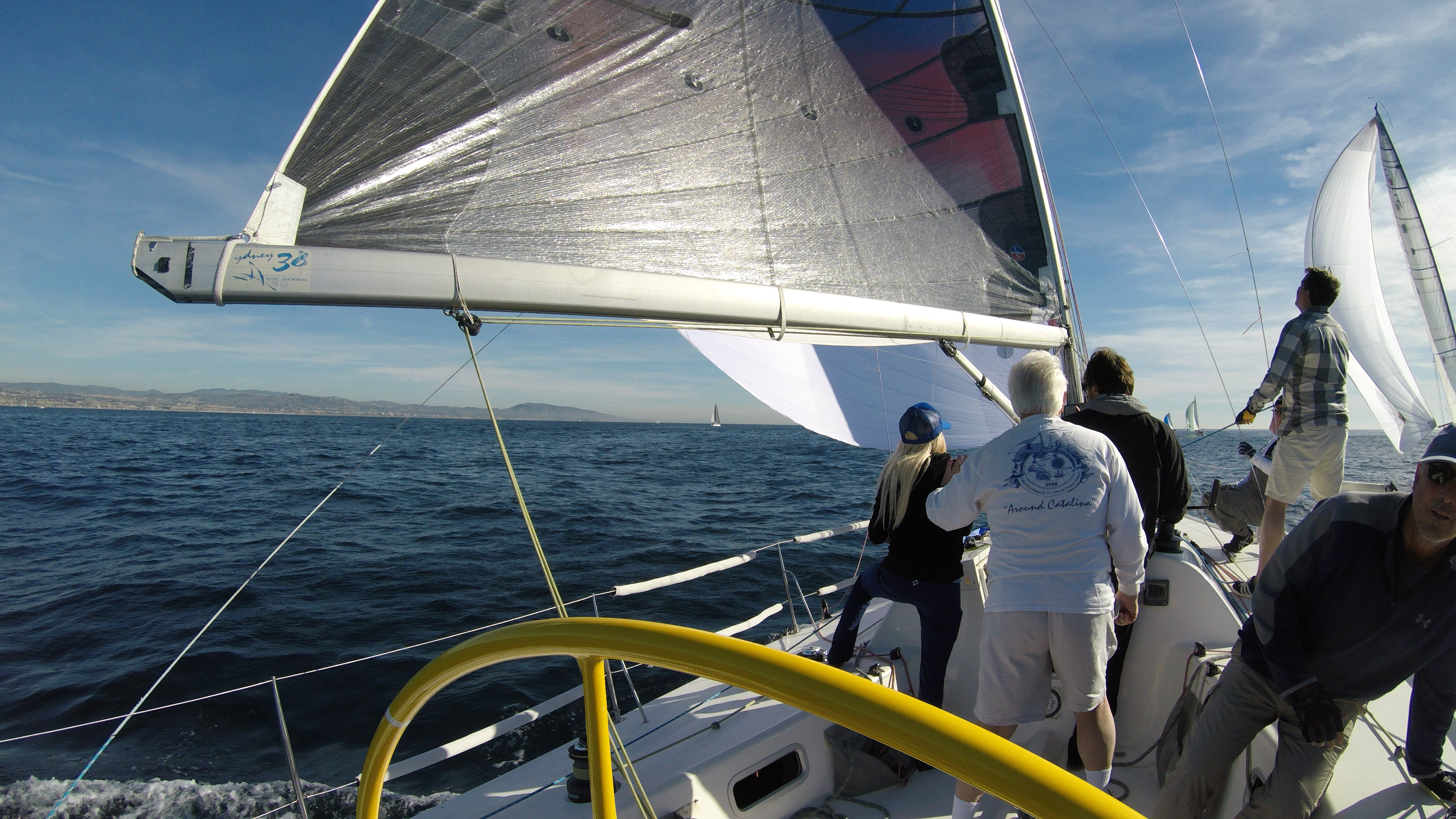